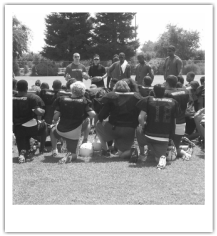 2007 Passing Down was created as the brainchild of El Lee and NFL veteran Cameron Worrell. Their aim was to build a football development entity that "passed down" to high school athletes the necessary skills and exposure to reach the next level of competition. Lee and Worrell initially held an annual summer high school football camp in Central California. Their 'Camp with the Pros' featured NFL players as camp instructors and quickly established Passing Down as a leading athlete development venture in the state of California. 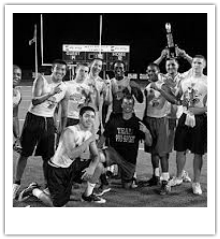 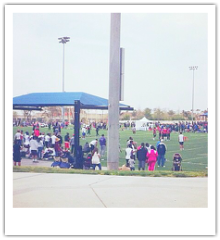 Today Passing Down has become the premier stage in America for youth and high school elite 7on7 football competition for college football recruiting exposure. Now conducting tournaments throughout the West Coast, Passing Down is recognized as the first ever California statewide elite 7on7 tournament covered nationally by ESPN, Scout, Rivals, XOS Digital, 247Sports, and other media outlets. From a grassroots summer football camp to nationally recognized 7on7 tournament events, Passing Down remains committed to the youth and their future in football.

﻿﻿STAY CONNECTED WITH PASSING DOWN ON SOCIAL MEDIA﻿﻿